When it comes to trendy beauty ‘gadgets’ I really do err on the side of caution. They are usually prohibitively expensive, there’s rarely an option to try before you buy and in the past I’ve seen so many that get rave reviews everywhere and then shortly after they are never mentioned again… #sceptical. But almost eighteen months ago my hair dryer died on me, and when I started looking into replacements, the Dyson Supersonic Hair Dryer seemed to be the only one anyone was raving about. Well, a year and a half down the track since I first unwrapped this baby and I’ve joined the chorus of people singing its praises.

Before we start, full disclosure, I didn’t pay any ‘money’ for this. Before you have a mental image of me running from David Jones with this hidden under my coat. I actually ‘spent’ all my points from my credit card’s reward program* to get it. I’d been saving up my points for *literally* years and then I got an email saying that they were having a ‘flash sale’ reduction on their Dyson products and since I was already in the market for a new hair dryer, I bit the bullet and used them all up on this very spendy option.

Would I have spent almost $600 of actual money on a hair dryer before trying it out? Absolutely not.
Am I glad I have the Dyson Supersonic? 100%.

Currently, they retail for a whopping $549, but I do regularly see them on sale for closer to $450, so if you do end up deciding that the Dyson Supersonic Hair Dryer is for you, I’d definitely recommend holding off for a discount/promotion (Black Friday, EOFY, Boxing Day etc. all usually have pretty good sales across most retailers).

So let’s talk about the actual hair dryer. For reference, I have fairly straight, but very frizz-prone hair. It’s also quite fine, but I have an average amount (not super thick or thin).

It comes with a variety of heads, only two of which I’ve really used, but they swap in and out with the ease of a seriously strong magnet. The collection of the heads is necessary to suit everyone, but I can’t imagine anyone using more than one or two; I keep the Smoothing one on pretty much all the time. But if you’ve got curls you’ll probably reach for the Diffuser attachment the most and there is also a Gentle attachment for sensitive scalps and fine hair. You can also use it without any of the four attachments, but it feels kinda like putting your head out the window of a moving car; lots of air but not a lot of control.

Why I Like It:
The Dyson Supersonic Hair Dryer definitely dries my hair faster than a traditional hair dryer, no question about it. And as someone who is really impatient when it comes to anything to do with my hair, that’s an immeasurable plus. My hair is usually on the lengthy side and takes a long time to dry.

The device itself is light compared to other hair dryers I’ve owned, but still feels weighty enough that it doesn’t feel like a tinny, travel version. I also love the shape of it. Traditional hair dryers come in a roughly ‘L’ shape design but this has a much shorter head and a longer handle, which means you can dry the back of your head without reaching so far. Minor, but it’s still a plus.

Another advantage of the Dyson Supersonic Hair Dryer is that the air is pulled in through the handle, as opposed to the other end of the head, which in itself makes it near impossible to accidentally get your hair sucked in (I’m guilty of doing that before!) but even if I wave the air sucking part of the handle near my hair it doesn’t pick it up. Magic for accident-prone people like me. I also love that it has a 2.5 metre cord. I love been able to freely move around a little, and not get a short cord caught on every handle of my bathroom vanity.

The three temperature options are 60°C, 80°C and 100°C, for diffusing, drying and fast drying/styling respectively and the ‘cool’ button blasts air at 28°C which is great for setting hair, especially at the root to sustain volume for a bit longer. I usually keep mine on the lowest option for temperature and the highest option for speed.

What I Don’t Like About It:
In a perfect world, Dyson would offer a cordless version like they do with their new straightener. But something tells me that that wishful thinking is a little way off still.

Application:
Use as you would a normal hair dryer. There are loads of videos on YouTube and on the Dyson website to show you how to use each of the different attachments and get the best results.

Product Claims:
Fast-drying – absolutely, I used to avoid blow-drying my hair because it took so long, but now I’m done in under five minutes.
No extreme heat – the hottest setting feels quite hot to me, but it’s more comfortable than previous dryers I’ve used.
Engineered for different hair types – can’t confirm. I obviously only have one type of hair, and I haven’t been on a girls trip away over the last year and a half where I could share it around and gather opinions since buying it (*cries*).

Details:
$549 – my version with the four attachments.
$599 – for the newest version with the anti-flyaway attachment (looks like an elephant trunk).
There are a few different sets available (Dyson Supersonic Hair Dryer plus a travel case for example), and it comes in five colourways. Mine is Black/Nickel.

Repurchase:
I’m torn. It’s a huge amount of money for a hairdryer, however… it’s really, really, really good. If you use your hairdryer all the time and if speed is one of your main focuses then this is great. But if you only reach for a hair dryer occasionally, or if you’re happy to spend that bit longer on the task, I’d say you can find a perfectly suitable alternative for a whole lot less. Like everything beauty-related, if you’re in the market for one and you can comfortably afford it then I highly recommend it. Otherwise, there are plenty of more affordable options that do more or less the same thing.

*Credit card reward programs are not ‘free money’, if you pay an annual fee and monthly interest you are paying additional funds on top of your normal spending and therefore any points/products you get you’ve technically already paid for yourself. I point this out because I think it would be irresponsible to act like a reward system is doing you a favour, it’s not. However, I have a credit card through my old work that means I pay no annual fee. And I’m super disciplined about paying off my bill every, single month, so I’ve never actually paid any interest on it. This is not how credit cards are designed to work, nor is it how most people use them. Just needed to point that out so I can sleep tonight knowing that I haven’t encouraged anyone to get/use a credit card because I’m saying you’ll get free products. I realise my situation is not common, but I also need to be transparent and can’t pretend like I handed over $549 cash for this item either. 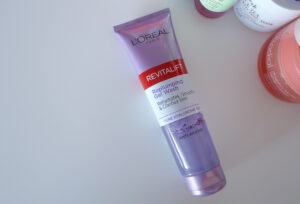 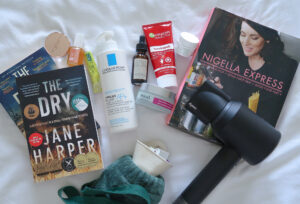