Sometimes I buy products because I’ve researched them thoroughly and I think they’ll work really well on my skin, other times it’s because they contain a certain ingredient I’m really curious about and want to try out, and the rest of the time I buy products because *everyone* is raving about them online and I want to see what all the fuss is about. It’ll come as no surprise that the most product disappointments come from that last category of shopping logic – or lack thereof-, and unfortunately, The Inkey List Oat Cleansing Balm is one of those instances.

What Makes It Special:
This plain, and sensitive-skin friendly formulation removes makeup without stripping the skin. The balm is conditioning enough to support moisture levels and smooths the surface of the skin.

Why I Like It:
I love the soft tube packaging (in theory, more on that below) and I love the price point for a sensitive-skin friendly cleanser that removes makeup.

What I Don’t Like About It:
I touched on it above, but I find the tube packaging and formulation don’t cooperate well. I find that when I squeeze some into my hands it comes out separated (liquid oil leaks out first, and then when I squeeze harder the solid balm comes out) even when I give it a really good shake before using it. I’ve also had the oily liquid leak out from the black cap on a few occasions too which leaves a mess on my shelf.

I find the texture of the balm a little too thick and greasy, although it does melt as it warms up into more of an oil. Having said that, the first half a dozen or so times I used it there was a definite scratchiness as I rubbed it in (the oat kernel maybe?) which wasn’t enjoyable. Whatever it was it doesn’t seem to be such an issue further down the bottle so maybe a lot of it had just settled at the bottom – which is actually the top of the tube – and now it’s not a problem but still, it’s something that I haven’t heard about in other reviews and I think is worth mentioning in case your skin is sensitive to abrasive textures like mine can be.

Application:
Apply a small amount of The Inkey List Oat Cleansing Balm to your fingertips, rub until melted slightly (and the oil and solid are recombined if they’ve separated) and then apply to a dry face and massage in gently to break up makeup, SPF and other impurities. This leaves an oily residue behind when rinsed off, so for me, I would definitely use a damp face cloth to remove the balm.

This is a first cleanse for in the evenings in my book because of the balmy texture and because it feels like it needs a second, lighter cleanse afterwards to remove any oily residue left behind, but I have seen The Inkey List and people online recommend this as a morning cleanse. To each their own, but I’d save your morning serve of oats for your cereal bowl and give your face something much lighter and refreshing that washes off more ‘cleanly’.

Product Claims:
Remove makeup and cleanse sensitive skin – agree
Gently supports skin’s moisture levels, smooths and reduces blackheads – it’s quite ‘balmy’ so yes to the supporting moisture levels, but I can’t see this doing anything for blackheads.
Helps to reduce the appearance of redness and soothe irritation – disagree; it doesn’t make it worse, but I wouldn’t say it helps reduce redness or irritation either.

Repurchase:
Nope. It’s an okay first cleanse, but there are so many cleansers out there that I prefer, and even if I was restricted only to this price bracket there are several others I would pick up first, specifically The Ordinary Squalane Cleanser for a similar (but much better) ‘no frills, no fragrance, no faff’ evening cleanser option. 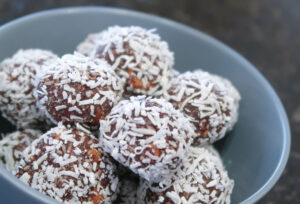 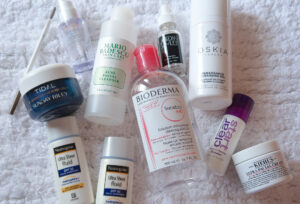