If you’re in the Northern hemisphere right now there is a good chance you are in the depths of a freezing Winter and very possibly an equally grim lockdown (I’ve been there, Melbourne was on a harsh lockdown for months – I’m sending good thoughts and all the positivity). And if you’re in the Southern hemisphere right now you’re probably ramping up to the hottest part of Summer; those days where it’s too hot to function, and the heat just keeps on coming day after day.

Today is sweltering 35°C, and if it were just one day I could probably enjoy it, but knowing it won’t be the last scorching day of Summer I’m staying inside, iced-water in reach, curtains are drawn to keep the heat out, and so I thought I’d share my favourite binge-able TV shows to keep you busy this weekend – because no matter where you live, it sounds like staying home is on the cards.

SCHITTS CREEK: Netflix
The epitome of easy watching, this witty and modern sitcom follows a family’s fall from wealth and status. Guaranteed to provide laughs and tears of joy, it’s one of my most recommended binge-worthy tv shows.

SELLING SUNSET: Netflix
If Million Dollar Listings LA and The Hills had a reality tv baby, this would be it. Worth watching for the fashion alone, but the eye-watering real estate is the stuff of dreams, very expensive dreams.

ORANGE IS THE NEW BLACK: Netflix
Inspired by the true story of Piper Kerman (imprisoned for money laundering) this 7 season drama peeks behind the bars at life inside a women’s prison, there’s no sugarcoating their reality but it’s still incredibly heartwarming and scarily relevant.

THE CROWN: Netflix
A historically accurate (but surely creatively embellished) look at the life of Queen Elizabeth II and the trials and tribulations that have plagued her reign as leader of The Commonwealth. Not exactly the royal fairytale some would have you believe.

DERRY GIRLS: Netflix
A seriously funny show with short episodes that kept me flying through them. Easy watching that will make you laugh, despite been set in the very serious time of the Northern Ireland conflict in the late 1990s.

LITTLE FIRES EVERYWHERE: Amazon Prime
A mystery set in the quiet suburbs in Shaker Heights, starring Reese Witherspoon and Kerry Washington. I’m only a couple of episodes into this and I’m already hooked.

And because no endless telly watching session is complete without snacks, here are a few of the recipes that I’ve been making and loving over the past few months: 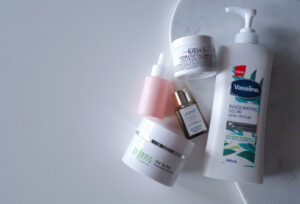 Five Beauty Products I Found and Loved in 2020 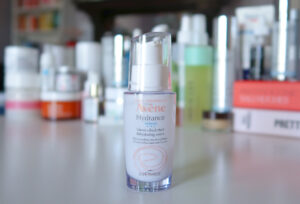