All The Books I Read In 2021 | Reviews, Ratings and Recommendations

My reading was off to a flying start this year, and by the time the halfway point of the calendar hit I’d ticked off a whopping 19 books, but cue a July reading hiatus while I devoured Love Island UK (don’t judge me), and then a mild addiction to The Block for a few months meaning that the second half of the year registered fewer reads than the first. But that’s okay! A bit of balance is always a good thing. So as I close out the year with 33 books under my belt (a small feat for some, but a definite PB for me) I thought I’d share all my reads and a quick review and rating of them all. In case you missed it, here is the July post where I go through the first 19 books of 2021.

The Good Turn by Dervla McTiernan – 3 / 5
The third, and so far the last of the books in the DS Cormac Reilly series. Loved the premise to begin with, I really liked the natural evolution of the story becoming more than just the case, but also focussing on the investigator’s personal lives, but I thought the story became far too coincidental and it felt like the author was trying really hard to tie the trilogy up with an overly neat bow. Still a decent read if you’ve read the first two, but I wouldn’t recommend it as a stand alone. Not a very memorable read.

Scrublands by Chris Hammer – 4 / 5
Another fictional crime/investigation set in a dusty country town in Australia. Similar to The Dry, this drought effected town witnessed a mass-shooting, this time however, it was a priest opening fire on a seemingly select group of parishoners. Fast forward a year, and world-class journalist Martin Scarsden is sent to the town to write an anniversary piece on how the town is coping in the aftermath and in doing so opens old wounds surrounding the mysterious shooting. Not satisfied with the police statement that provides no motive or reason, Martin begins to uncover a much bigger web of criminality than a lone shooting. I preferred The Dry, but still a really good read.

The Cactus by Sarah Haywood – 3 / 5
This is a tricky one to review or recommend, because I actually loved the writing, it’s fast and clever and witty, the characters are unusual and interesting, but the plot is very grim (TW: parental death) and the main character is insufferable, demanding and inflexible. I kept waiting for the backstory as to why she was so difficult, that lightbulb moment of ‘why’ she was so unable to accommodate those around her and was actually so rude. But instead the ‘reason’ for her personality was explained away by her childhood experience with an alcoholic father, which I didn’t think was a satisfactory answer for her being ‘prickly’ to everyone she met as a 45 year old. I also thought it was incredibly unrealistic that even though she was so difficult to so many people, she still managed to maintain these great social relationships with her neighbors, her brother’s best friend and even her colleagues. Everyone seemed to just ‘not mind’ that she was actually incredibly arrogant and difficult. Although the book touched on some quite big topics it covered them well and I’d definitely recommend this to you if you like ‘flawed’ main characters. I’ll definitely be looking out for Sarah’s future books.

Silver by Chris Hammer – 4 / 5
This is the second Martin Scarsden book in the current trilogy, this one opens with an immediate murder in Martin’s hometown upon his return after years away. This time the country setting is replaced with the beachside town of Port Silver, it has a very different atmosphere to the first, but it extends the story with the author’s signature ability to create tangled storylines, unique characters and clever crimes. Highly enjoyable, albeit a bit lengthy. I ended up flipping between listening to chunks as an audiobook and then swapping back to the book.

Able by Dylan Alcott – 5 / 5
This book is incredible. Like most autobiographies, listening via an audiobook injects such personality and depth to the story, but even as a physical book, I’m sure I would have loved it just as much. This book explores the life of Australian athlete Dylan, born with a tumour wrapped around his spinal cord that was successfully removed as an infant, however the surgery left him requiring a wheelchair to get around. He has represented Australia in both Wheelchair Basketball and Wheelchair Tennis at the Olympic level, won an OAM and is a popular radio host and sports commentator. He also works tirelessly to create a world that is more accommodating of differences through his work as an event creator, corporate consultant and motivational speaker. This could have easily been a sad book, and if you weren’t familiar with Dylan Alcott you’d probably expect it would be. But this is funny, inspiring, witty, surprising, all while being educational to the reader. He makes observations that as an able-bodied person I’ve, shamefully, never noticed, but will stick with me moving forward. A fantastic read, I’ve already been recommending it to friends and family. It’s so good, in fact, I’d vote for this to be part of the high school English curriculum, it’s engaging and moving and I’ve learnt so much from it that I wish I knew earlier.

CSI Told You Lies by Meshel Laurie – 4 / 5
From the title I was actually expecting more of a forensics mythbusters type of book but instead, the book centres around Meshel Laurie’s conversations with forensic pathologists and detectives that have worked on some of the biggest cases in Australian history, and a few international cases too. Incredibly interesting, she unravels some of the misconceptions around forensic science, champions the importance of forensics in legal proceedings and even gives case insights that you wouldn’t know from reading about them elsewhere. Highly recommend this as an audiobook, I’m sure the paperback is great, but the conversational tone of the book is really well translated in the audio version. If you enjoy true-crime or Australian crime history you’ll love this!

The New Hustle by Emma Isaacs – 2 / 5
I’m glad I got this book from the library. It flops between the intended reader (managers, employees, CEOs, start-up founders) and covers them all in bits, but none in any depth. Also, I feel like 95% of the content is really common sense, but there are some useful nuggets worth bookmarking; like the few examples of emails you could use as a template or particular advice that relates to specific situations. I found parts of the book quite off putting if I’m honest and even a little contradictory. Like most ‘business’ books I’d say take everything with a grain of salt and walk away with the bits that resonate with you and leave the rest behind. Definitely preferred her first book.

Invisible Women by Caroline Criado-Perez – 4 / 5
I loved this book. Despite it taking me ages to read, I found it incredibly interesting, but just a bit difficult to read at the end of the day. It’s very stat heavy and reads a bit like a textbook, but it looks at the many biases that unknowingly discriminate against women all around the globe. Did you know the iPhone proportions have been built to fit a man’s hand? And that until recently women in many armed forces have been wearing uniforms designed for men’s bodies? That girls in schools did better in science when their textbooks showed imagery of females in lab coats too? Did you know that in some governments an absence from work for six months forfeits your elected position and that maternity leave is not one of the approved reasons for absence? It’s enough to make you angry until you realise that it’s not always malicious, it’s that women aren’t given a seat at the table and therefore can’t contribute to the conversations that yield these decisions. Women make up just a smidge over half of the world population and what this book outlines so eloquently, and with so much research and logic, is that we are living in a world simply not designed for us, and that’s the infuriating part. Highly recommend!

Harry Potter and The Chamber of J.K. Rowling – 5 / 5
I felt like a bit of nostalgia and this really hit the spot (for a minute, and then you’ll see below I went back for more HP adventures), there’s something comforting about re-reading books and stories that you know so well. This probably is my least favourite of the years, but it’s still fantastic.

The Thursday Murder Club by Richard Osman – 4 / 5
This is such witty and light book, that it’s hard to call this a murder mystery. It centres around four residents at a senior living facility who have formed a Thursday Murder Club where they talk through previously unsolved cases, when one day a murder happens right on their doorstep. The characters are well established, deep, thoughtful and endearing. The crime is clever and plausible and the setting is quaint and engaging. The story itself is a touch long, but overall I really enjoyed it. I’m also very happy that this is the first book in (at least) a trilogy, and the second book is already available because I’m not quite ready to say goodbye to these adorable but fiercely intelligent characters.

Harry Potter and The Prisoner of Azkaban by J.K. Rowling – 5 / 5
Such a classic. I’ve been on a real Harry Potter books bandwagon the past few months – I’ve been reading some chapters and listening to the audiobook for other chapters from the library app, and I really enjoy the familiarity of the stories but with so much more detail than the films which I’ve seen hundreds of times.

In Five Years by Rebecca Serle – 3 / 5
This book was really good, but it started off with a very fun and romatic premise and ended with something very different. Slight spoiler: don’t reach for this if you’re feeling down about not seeing your best friend for ages, and definitely don’t pick this up if you’re not in the mood for a serious tearjerker. But if emotional love stories are your thing, this will be perfect for you.

The Guest List by Lucy Foley – 4 / 5
This is such a unique read. Not only do you not know ‘who dunnit’, but you also don’t know who gets murdered until the final part of the book, all you know is that one of the guests invited to an exclusive wedding held on a remote island of Ireland will be murdered. The chapters jump between the point of view of different attendees, but also from different points in time. With lots of twists and turns, this is a very quick read once you get into it.

Harry Potter and The Goblet of Fire by J.K. Rowling – 5 / 5
There is something joyful about Harry Potter in December. It’s like a nostalgic visit to my childhood in book form. I’ve done a lot of driving this month, so I’ve been alternating between the book and the audiobook from the library app and I must admit, the Stephen Fry audiobooks have grown on me. I wasn’t a big fan on the narration at the start, but now I can’t imagine anyone else doing it.

Have you read anything lately that you’ve really enjoyed? I’m always on the lookout for a good recommendation! If you’re struggling with picking up books at the moment I have a whole blog post here dedicated to how to read more by making it part of your daily routine and how to get back to enjoying books. Hope it helps! 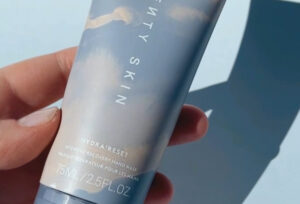 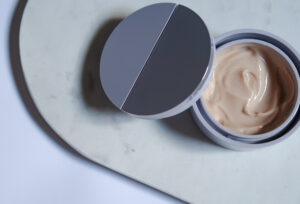